Sometimes our subconscious minds can be very critical, telling us that we can’t do or have something we want. And it winds up holding us back from getting to where we want to be.

This happens because we get plagued by these negative thoughts, that can ultimately lead to self-sabotaging behaviors. For example, a thought that you simply aren’t capable of booking new clients in your business can leave you with a, “Why bother?” kind of mentality. Then, you won’t show up or take the necessary action to land those clients.

And when you don’t get the clients, you’ll likely wind up filled with even more negative thoughts about how you’ll never achieve the success you desire. In many cases, it causes people to quit working toward their goals before they’ve even put in real effort.

The reality is, all of us have engaged in some sort of self-sabotaging behavior. And you’re probably guilty of it right now. But it’s not too late to make a change.

And you’ll learn exactly how to do that in this podcast episode.

You can listen to the episode above or read on for the recap!

In order to break the cycle of self-sabotage, you need to become aware of how you’re getting in your own way. This starts with noticing the behaviors, habits, and mindsets that are creating issues in your life. Sometimes we’re aware of these blocks, while other times they become second-nature, to the point where we don’t even realize we’re doing them.

Here are some of the most common forms of self-sabotaging behavior:

Letting Go of Our Self-Sabotaging Behavior

In order to achieve the success we want in life, we need to un-sabotage ourselves. We need to do the inner work to stop blocking ourselves. Far too often we blame outside sources on our failures. And in many cases, the blame falls solely on ourselves.

1. Accept That You’ve Been Sabotaging Yourself

The first step in letting go of your self-sabotaging behavior is to accept that you are, in some way, sabotaging yourself. It might seem silly, but sometimes we fail to realize that it’s even happening. And even when it’s brought to our attention, we don’t always want to shift our way of thinking or our behaviors. We often believe that what we’re doing isn’t really self-sabotage. Instead, we think that’s it’s serving us for some reason, when it’s really not.

When you accept that self-sabotage is occurring, it’s important that you don’t shame yourself for it. It’s something that we’re all guilty of doing, so there’s absolutely no need to feel bad.

2. Identify How You’ve Been Holding Yourself Back

Now, you need to start looking at the ways you’ve been sabotaging yourself. And if you’re still doubting that this is something you’re doing… Here’s a few questions for you:

Then, there’s a good chance you’re sabotaging yourself in some way.

So, how have you been getting in your way? Do you let negative thoughts control your mind? Do you always procrastinate on your to-do list? Are you guilty of perfectionism? Are you afraid of failing? What is it for you?

3. Identify the Root Cause of Those Behaviors

Once you know what some of your self-sabotaging behaviors are, you need to identify what’s actually causing them. After all, addressing the root cause is key to putting an end to what’s holding you back.

A lot of times it comes down to your thoughts and feelings about yourself. If you feel like you aren’t good enough to be, do, or have something, that’s going to hold you back in some way or another. But the thing is, these thoughts aren’t true. You have merely accepted them as fact. You have accepted them as it’s just the way it is. However, that doesn’t have to be the case.

Once you have begun to recognize those thought patterns, you can start making the effort to tune into more positive inner thoughts. Thoughts that encourage you, rather that put you down or hold you back.

Next, make an effort to begin shifting your self-sabotaging behavior.

If negative self-talk always seems to be standing in your way, it’s time to rewrite those beliefs. My previous podcast episode on Identifying & Releasing Limiting Beliefs will help with this. When procrastination creeps up, try breaking your goals down into smaller tasks so it feels more manageable and less overwhelming.

And if it’s perfectionism that gets you down, remind yourself that, “Done is better than perfect.” This will be good to keep in mind the next time you’re stressing about getting something “just right” before you make it available for the world to see.

And finally, you just need to start taking action. I don’t know where this saying came from, but it’s such a good one to remember… “What got you here, won’t get you there.” You need to take uncomfortable action to create big things in your life. You can’t let that scare you or stop you from going after what you want. Take a step outside your comfort zone and get yourself at least one step closer to that end goal. 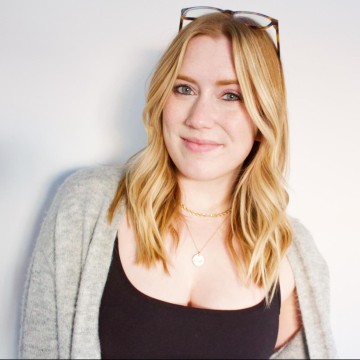